The Human–Wildlife Initiative was launched in 2020. The initiative is coordinated by a Steering Committee composed of five partners: the Prince Albert II of Monaco Foundation, the French National Council for the Protection of Nature, the Alpes-Maritimes Chamber of Agriculture, the Alpes-Maritimes Hunting Federation and the Provence Alpes Côte d'Azur League for the Protection of Birds.

The Prince Albert II de Monaco Foundation was created in 2006 by HSH Prince Albert II of Monaco in order to work for the protection of the environment and the promotion of sustainable development at local and global level. Active all over the world, the Prince Albert II of Monaco Foundation has sought to bring together scientists, political leaders and economic and civil society stakeholders behind a vital objective for our future – protecting the ocean and the land.
The Foundation’s long-term action has led to some encouraging victories being won, whether in safeguarding endangered species or improving living conditions in rural communities by implementing new sustainable and ethical solutions. 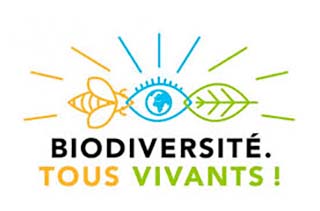 The French National Council for the Protection of Nature is the national body of scientific and technical expertise on biodiversity protection and more specifically on the protection of species, habitats, geodiversity and ecosystems.

The Alpes-Maritimes Chamber of Agriculture is part of the French national network of Chambers of Agriculture, which are public institutions run by elected representatives, created in 1924.  The Chambers represent all the stakeholders in the agricultural, rural and forestry sectors, including farmers, owners, employees, professional groups etc.
The network of the Chambers of Agriculture is responsible for 3 missions:
Contribute to the improvement of economic, social and environmental performance of farms and their industries
Support the entrepreneurial and responsible approach of farmers, as well as the creation of businesses and the development of employment
Act as a representative to the government and local authorities

The Alpes-Maritimes Hunting Federation aims to participate in the development of the departmental hunting heritage, the protection and management of wildlife and its habitats. It promotes and defends hunting, as well as the Federation’s members. It is responsible for compensating professional farmers for damage caused by large wild game.
It provides a wide range of training courses, in particular for hunting licences, safety and food hygiene regulations for consumption of wild game.

The Provence Alpes Côte d'Azur League for the Protection of Birds acts for birds, wildlife, nature and humans, and fights against the decline of biodiversity through knowledge, protection, education and mobilization.

The members of the Steering Committee represent a variety of different opinions, from those openly in favour of a strong wildlife presence to those who, conversely, see cohabitation as a challenge since it would be too damaging for their activities.
The Initiative’s Steering Committee is advised by a group of stakeholders and experts, including the Mercantour National Park, the François Sommer Foundation, the Alpes-Maritimes Centre for Studies and for Pastoral Achievements, the French Biodiversity Office, the Alpes-Maritimes Department, the Monaco Mission for Energy Transition, members of the Scientific and Technical Committee and of the Board of Directors of the Prince Albert II of Monaco Foundation, and a naturalist writer.

This initiative is supported by the Sancta Devota Foundation.